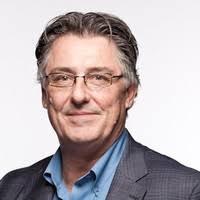 Creating a strong and positive social network is far too important for personal effectiveness and business success to ignore or avoid. Because everyone you will ever meet knows someone you don’t.

You never know what benefits are available by tapping into other people’s networks. Effective business networking means developing professional business relationships that could or might lead to opportunities for both parties involved with the intention of helping others benefit.

Never having been a fan of “schmoozing”; instead, build on these actions that effective networkers do all the time:

According to Shepa Learning, “Most people think networking is about selling oneself. That it’s pushy. Transactional. No wonder it’s not at the top of everyone’s ‘to dos!” They go on to say “that networking is none of those things. It isn’t about you. It’s about discovering what you can do for others.” It’s what they call Positive Networking®.

How do you become a Positive Networker? Positive Networking is about being interested in the other person and hoping – by asking questions – you may be able to add value to their life, business or career. Or simply create some rapport and make a better connection.

Positive networkers understand that networking is more about farming than it is about hunting. Your objective is to plant seeds and cultivate your garden, not as a hunter to track down people who can help you.

Make networking easy by discovering what you can do for others — but recognize there is room for transactional networking too. Understand, though, that most networking is not about closing a deal, rather it’s about opening a relationship.

At events, in person or online, always seek to establish a relationship with healthcare professionals from other disciplines. But don’t overlook connecting with businesspeople in general, including those outside the pharmacy industry, because they often become clients themselves or they are a care giver to another. Who knows…they might even refer you to someone in their network.

Meet lots of different people without trying to extract value from them. Your goals should not be on the forefront of your mind. You don't need to connect the dots right away. But if you think about each person as a new dot on your canvas, over time, you'll see the full picture.

Learn the art of conversation

According to Shepa Learning, here’s a great conversation starter question: “Have you been going to a lot of in-person networking events, or are you like me — this is my first time in a couple of years? I feel kind of rusty.…”

Always lead with value. Whether bumping or rubbing elbows, it's about the other person and their perceptions of value. Those chance encounters at the coffee bar, between meetings, on the floor, etc. are often value-adding networking opportunities.

Start by focusing on being friendly and helpful. This is the number one tactic you can use to build your network. Did you read a book that someone in your network will enjoy? Tell them about it. Are you using something that would help a friend with a project they are working on? Email it to them. Hear a new music album that a someone might enjoy? Send it their way. Building your network is the same as building friends. Be interested in what they are doing and offer friendly suggestions to help when you can.

Introduce people. The idea of doing this seems foreign to many people, but it is actually quite easy. Do you know two people who enjoy reading the same type of books? Or like the same sports teams? Or love reading about history? Or work in the same industry or the same chain? You get the point. Don’t make it hard, just introduce the two of them by sharing their common interest. They can decide if they want to pursue the relationship further. Be a connector.

There's a lot to be learned outside of pharmacy too

Enjoy leaving pharmacy behind for just a moment and you might be surprised what lessons you will learn to bring back to your pharmacy. You can do this without going to a bunch of meetings. Here are some tips:

Say goodbye to "schmoozing" and hello to interactions that offer value and promote connection. Otherwise, it just isn't worth the time. The goal of networking should always be to help other people. Yes, it would be nice if they helped you out as well, but networking is a two–way street. And your side of the street is all about helping others, not asking them to help you. The key is you’re giving to give, not to get.