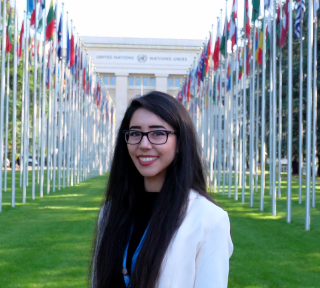 What excites you about being a pharmacist?

There are quite a wide variety of things that keep me excited and motivated about being a pharmacist, but I will briefly mention one general and one personal excitement.First and the general about the profession is that there are tremendous opportunities available that pharmacists and pharmaceutical scientists can practise in their profession in 137 different jobs! When we say pharmacist and pharmaceutical scientist we can think of community pharmacy, hospital pharmacy, industry, and academia mainly, but pharmacy has a lot more to offer in different roles. If you could not think of more than 10 different settings, similarly with many people, I would suggest you check our very own FIP YPG Career Development Toolkit to explore career opportunities for pharmacists and pharmaceutical scientists.Secondly,my personal excitement of being a pharmacist is,in short, being able to practise my profession on the frontline at my own community pharmacy, seeing the impact and positive changes closely in my patients’ lives with one-on-one counselling, taking an active role in advancing pharmacy practices, contributing to public health and pharmaceutical service to the community.

When you graduated, what did you envision for your future and how has your career evolved since your graduation?Was there an “aha” moment for you, when you realized the impact of the difference you’re making?

I have always enjoyed working hard, being innovative, creating and doing the things that no one has ever thought of doing before or had the courage and vision to do. Combining this and having the same vision as Nikola Tesla – "The present is theirs; the future, for which I really worked, is mine" – led me to start creating and shaping my career while I was still a fresher at the Faculty of Pharmacy, where I founded the first pharmacy students’ association in Cyprus, EMUPSS, which then became the first internationally recognized association on the island. I have been the passionate founder executive member of EMUPSS representing EMUPSS, EMU, and all pharmacy students on the island on an international level.

What have been some of your achievements to date?

I acquired membership in the International Pharmaceutical Students Federation (IPSF) in 2015 in India and European Pharmaceutical Students Association (EPSA) in 2016 in Finland. For the first time on the island, I started the IPSF Student Exchange Programme (SEP), which is a professional exchange program particularly for pharmacy and pharmaceutical sciences students and young graduates offering internships in many pharmacy fields worldwide. I became the first-ever Student Exchange Officer (SEO) of Cyprus to IPSF, arranging many successful exchanges.In the very first year I was voted to be the best SEO. This achievement has led me to be appointed to the IPSF Student Exchange Committee in 2016, followed by being appointed to the Executive Committee of IPSF in Taiwan, after being elected by all IPSF member countries as the IPSF Chairperson of Student Exchange in 2017.

During all these national and international organisational works, I graduated from the Faculty of Pharmacy in 2017 with first-class honours. Also, I became the youngest person and first pharmacist from Cyprus to attend the World Health Assembly of the World Health Organisation (WHO) in May 2017, with IPSF, representing over 380,000 pharmaceutical students and young pharmacists, worldwide.

How did you get into community pharmacy?

During my studies I worked as a student tutor and research assistant in organic and pharmaceutical chemistry laboratories for 2 years,and until 2020, I was a part-time instructor in several universities in the island. In January 2018, I made a decision to move to a different field by starting my own community pharmacy, Safiye Çağansel Eczanesi, in Nicosia, my hometown, and decided to get involved locally and nationally more. Up to date, I have been the youngest pharmacist who has been elected to the administrative board of the national pharmacists’ association, Cyprus Turkish Pharmacists’ Association, KTEB, first as the Auditing and Supervisory Board member in 2017, then to the Executive Board in 2019 as the Treasurer of the Association and FIP Liaison.

While working for KTEB, I had the chance to actively take up the role in advocating for the profession as well as policy making. This was one of those “aha” moments for me. Also, when I was teaching pharmacy students, I realized the difference I was making, besides working in a community pharmacy setting, since every day we are experiencing those moments many times!  With all the international experiences gained while being a student and recent pharmacy graduate as well as national experiences as a young passionate pharmacist, I decided I wanted to return to the international field to get involved with fellow early career pharmacists and pharmaceutical scientists. In January 2021, I was appointed to the FIP Young Pharmacists Group Public Relations Committee, Media Team as Facebook Manager, then promoted to Media Coordinator in April 2021. I was elected as President of the International Pharmaceutical Federation Young Pharmacists Group, FIP YPG for 2023, in September 2021, where I am currently serving as the President-Elect. As staying in the same place is not for me, I will continue to progress via working and strive to be better pharmacist than I was yesterday!

How important is mentoring in your career?

I consulted or asked advice from people whose perspective I respect, but I never really had a mentor. Having this question asked made me think of what impact a mentor from a particular background would have made in my career and if I still would be standing where I am currently or maybe somewhere totally different! It is such a different and an interesting thought to consider. However, there are many fellow pharmacists I know who are benefiting a lot, personally and professionally, via our FIP YPG Mentorship Programme!

If you can accomplish just one thing in your career, what would it be?

It would definitely be universal health coverage, with interprofessional collaboration.

As a dynamic leader in the profession, what continues to drive you?

As the only constant in life is change, we, the pharmacists, are among the most accessible and trusted healthcare providers.Our role continues to transform, and the fact that our profession is always evolving is very motivating. Not only that, but also, being elected by fellow pharmacists to serve and represent them and our profession on a national and international level, to actively advocate for the profession is what keeps me passionate and motivated.

What advice would you give to new pharmacy graduates?

First things first, don’t be afraid to fail! Because even if you fail at some point this would still give you good experience with an insight of what could be done and what you would avoid doing for the next time, also grounds to practise for perfection! Always bear in mind what Eleanor Roosevelt said: the future belongs to those who believe in the beauty of their dreams. Hence, to summarise, I would advise every young pharmacist and pharmaceutical scientist to never stop dreaming, learning, exploring, getting involved with professional national/local organisations and/or international, such as the International Pharmaceutical Federation and the Young Pharmacists Group, and seek opportunities to grow and make the most of your energy and fresh graduate years!